The Affirmation of Poetry 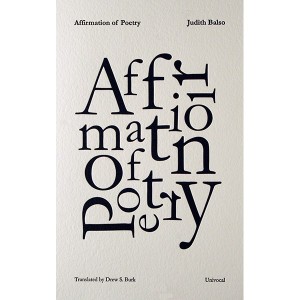 Do you read Harper’s Magazine? You know, the “oldest general-interest monthly in America … with its emphasis on fine writing and original thought … with a unique perspective on politics, society, the environment, and culture”? They published an article back in July 2013, “Poetry Slam Or, the decline of American verse.” I went to check it out but the article remains “quarantined behind a pay wall.” Forget that a public intellectual had written the article, for the question regarding “modern poetry” and its salvation was for a moment on the minds of a few. So, if no one was offering poetry’s diagnosis for free I suppose that goes in stride with the ominous diagnosis that modern poetry and its relevance, after dispatching its Romantic hang-ups, is over. True if we follow the thought that Modernist poetry simply tuned into a hyper-personal, private chamber of alpha state gurgles and irrelevant fancy that offer the masses no vision of revolution. Harper’s pay wall seems to imitate this diagnosis.

The myopic situating of poetry and its use, or what it’s for—that poetry has no use value—shows how desiccant the creative guts of any so-called intelligentsia remains. The reality of a pervasive market society has no use for poetry, hence why it is obsessed with asking what things are for. So here we are: Identify yourself poem! Or, poems are for politics just ask the 1960’s, and so on.

I follow Wallace Stevens’ reservation about a “chair of poetry” and what institutionalized, academic poesy means; it means we are fools to institutionalize poetry. This is why Balso’s Affirmation of Poetry, is ultimately destined to be ignored in the short term—precisely because it says what most masters and commanders of the poetry industry do not seem to understand: Poems are for poetry and poetry is for thought. That poetry is in itself a type of thinking, and as a type of thinking, a part of understanding what is not knowledge posing the ultimate challenge: to unlearn. Unlearning runs against the grain of so many contemporary notions espoused by technoscience zealots and the occasional asinine popularizer of science. For these are the romantics of science who belittle the use value of philosophy yet unknowingly adopt a one-sided arrogance typical of romantic poets! Science in its popularized mediatic form has discovered its poetic righteousness and in turn reveals a regressive and conservative tenacity. And in that discovery a would-be Rasputin or two are among the living (say Neil deGrasse Tyson and Ray Kurzweil?) They seem the popular poets of our time, running around calling themselves the official view of science! Last time I asked Baudelaire he was quite sure poetry was the ‘queen of all faculties’.

This is only one reason to read Balso’s Affirmation. Another is that the contents were in part developed from seminars given at the European Graduate School, and you won’t find this anywhere else in the world unless you are a spirit medium. Make no mistake, Balso’s ideas must be studied and Affirmation is not a book with the life span of a frozen pizza.

If not my words then Balso’s “I learn from poets” which invites unlearning for a rejection of “the diagnosis that there is a contemporary deterioration of poetry.” One must unlearn the Idea of poetry. Hers is a response to the use value demanded by a myopic, global, neoliberalized, airport culture; contra the airport as a model for urban life Balso affirms “despite those powers striving to deny the point, the world is a thought world” given poetry is “thought.” By “thought” implied is a position about use and a temperament of ‘probity’. There is a fidelity to reading, a fidelity beyond the net of our common sensorium. The tired and defunct narratives of evidence Balso tends to. The simply evident about poetry is an unknown. For the reader of poetry the relation to a subtle force of utterance constitutes the fiber and not merely the optics of any sentence. The image of poetry is tonal and disclosed by rhythm in correspondence with an event. Affirmation is not a work hung-up on minute grammatical obsessions or eviscera of verse. After all is it not obvious there is a sentence? And is it not more fascinating a world has erupted in your head for which no answer exists on Google? In poems waft ‘patient ghosts’ and the “original approaches of the poem, the production by way of the poem of immanent figures of thought […]”. To unlearn means to learn from poetry that crosses into the interior of language mortals persist within, where one understands the poem’s message from an exterior or “what cuts straight into language” what cannot be “devoted nor calibrated.”

Balso’s Affirmation surveys seven figures of poetry: Wallace Stevens, Xi Chuan, Gennadiy Aygi and Osip Mandelstam, Alberto Caiero, Pier Paolo Pasolini and Giacomo Leopardi, poets who generate specific elements of the abovementioned criteria. From such poets and the thoughts generated by their poem-portals the possibility of something “global” stands forth, yet not reduced to a “general declaration” regarding the “power of poetic work.” Poetry presents the human with a task, an offer for thought for what it speaks of: that poems represent “the immense reservoir that [poetry] constitutes” something peculiar that “has … hardly been, truly explored.” A matter of suspending disbelief Balso’s affirmation situates the human in regards to poetry beyond market mores. Poetry seems the logical augur of an unfound exterior, outside a pervasive ordering of the natural world, not contrary but beyond the inanity of “those powers” that endorse and implement the derisory calculation of nothing less than what it defines as everything.

Adam Staley Groves is a lecturer and Fellow with Tembusu College, National University of Singapore. Adam received MA and PhD degrees from the European Graduate School, Switzerland. Adam’s current research with the Univeristy of Aberdeen’s Centre for Modern Thought explores the relationship between poetry and technology.